You are here: Home / Monestir de Pedralbes, monastery in Barcelona

The monastery of Pedralbes is a Gothic monastery in Barcelona. Now it is a museum, and open for the public.

History
The monastery was founded by King James II(JaumeII) of Aragon for his wife Elisenda de Montcada in 1326. Ever since the nuns of the Order of Sint Clara run the monastery. The queen gave the monastery a few privileges, including the direct protection of the city of Barcelona, through de Consell de Cent(Council of the Hundred), which had the task to protect it in case of danger. Elisenda built a palace next to the monastery, where she lived after her husbands death in 1327. She died there in 1367. The remains of the palace were discovered in the years of 1970. May the 3rd 1327, the nuns moved in the monastery.

During the Catalan Revolt(1640) the nuns were driven out, but later they returned. A small amount of nuns still live in the monastery. The monastery was declared to a national monument in 1991. De gardens, the sick bay and the dining room are all open to the public. 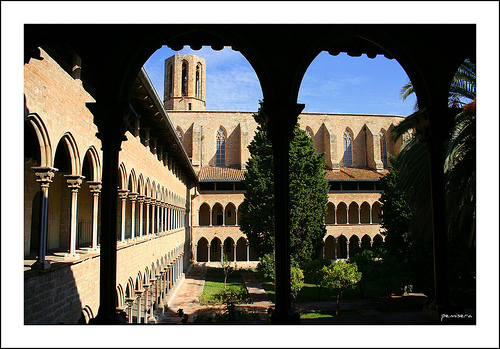 In the church lies the tomb of queen Elisenda. Special about this tomb is that he is double sided. On the side of the monastery, the queen is pictured as a grieving widow and on the church side as a queen.

The name ´Pedralbes´ comes from the Latin Petras Albas(white stone), a white stone is the cornerstone of the apsis.

The monastery also houses a large collection of furniture and manuscripts fro the middle ages. The former dormitory houses a permanent exhibition of painters such as Rubens, Canaletto, Tintoretto, Velázquez and Beato Angelico. Another highlight of the monastery is the Capella St. Miguel. Here are series of frescos by the Italian artist Ferrer Bassa displayed. 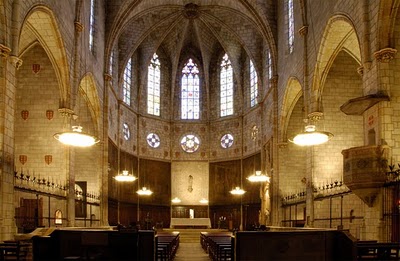 Posted in GOOD TO KNOW, THINGS TO DO
← Previous Next →