You are here: Home / Antoni Gaudí, THE architect of Barcelona

Antoni Gaudí, THE architect of Barcelona

Antoni Gaudí i Cornet was a Spanish Catalan architect and figurehead of Catalan Modernism.

Antoni Plàcid Guillem Gaudí i Cornet was born on June 25 1852. Some historians say that he was born in “Mas de la Calderera,” his family’s country home almost exactly halfway between Reus and Riudoms. Others say he was born in Reus. Most of Gaudí’s identification documents from both his student and professional years gave Reus as his birthplace. But nobody knows for sure.

Gaudí spent his childhood between Reus, where his parents had their business, in a small cottage owned by his mother known as Mas de la Calderera – the Boilermaker’s house. Frequent contact with nature may have been one of the factors that stimulated two of the abilities which were to become crucial in the development of his work: the observation and analysis of the natural world. 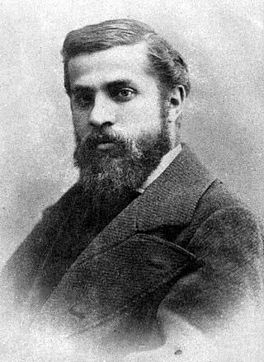 Antoni Gaudí was a pupil at the Piarist School in Reus, where he stood out on account of his gift for analysing and rationalising questions.
A short time afterwards, he moved to Barcelona to study the final year of his secondary education and to do the foundation course at the School of Architecture.

The year 1878 marked the beginning of Gaudí’s intense professional activity. During that year he won a competition organised by the Barcelona City Council for his design and production of some street lamps (located in two squares, Plaça Reial and Pla de Palau).

In 1878 Gaudí met Eusebi Güell, the one who should later become his greatest promoter and good friend for over 40 years. For him he designed the Güell Estate, the Güell Palace, Park Güell and many other projects. 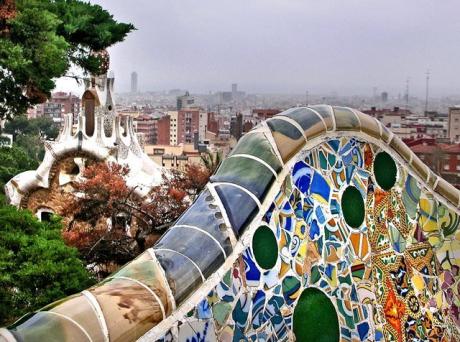 Between 1883 and 1888 he constructed the Casa Vicens and from there on he designed not only El Capricho, Bishop´s Palace and Rosary of Monserat but much more buildings.
In 1904 Gaudí worked on Casa Battló and the next project was Casa Milá in 1906. From 1915 Gaudí devoted himself almost exclusively to his masterpiece: the Sagrada Familia. In his last years he even lived on the workplace. Gaudí used highly symbolic content in the Sagrada Família, both in architecture and sculpture, dedicating each part of the church to a religious theme.

On 7 June 1926, Gaudí was taking his daily walk to the Sant Felip Neri church for his habitual prayer and confession when he was hit by a tram and lost consciousness. Because of his lack of identity documents and shabby clothing nobody recognized or helped him. Eventually a police officer took him to a hospital for the poor, the Hospital de la Santa Creu, where he died on 10 June 1926 at the age of 73. Two days later he was buried in the crypt of the Sagrada Familia. 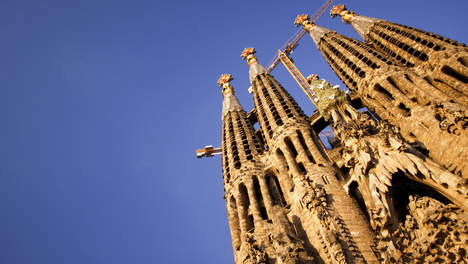 Much of Gaudí’s work was marked by his four life passions: architecture, nature, religion and love for Catalonia. Gaudí studied every detail of his creations, integrating into his architecture a series of crafts in which he was skilled: ceramics, stained glass, wrought ironwork forging and carpentry. He introduced new techniques in the treatment of materials, such as trencadís, made of waste ceramic pieces. He will be remembered for years.

Posted in GOOD TO KNOW
← Previous Next →