You are here: Home / Tibidabo, the mountain overlooking Barcelona

Tibidabo is a mountain overlooking Barcelona. From its height of 512 meters it offers spectacular views of the city and the surrounding coastline.

There is an amusement park on top of the hill, a telecommunications tower(Torre de Collserola) and a church; the Temple de Sagrat Cor. 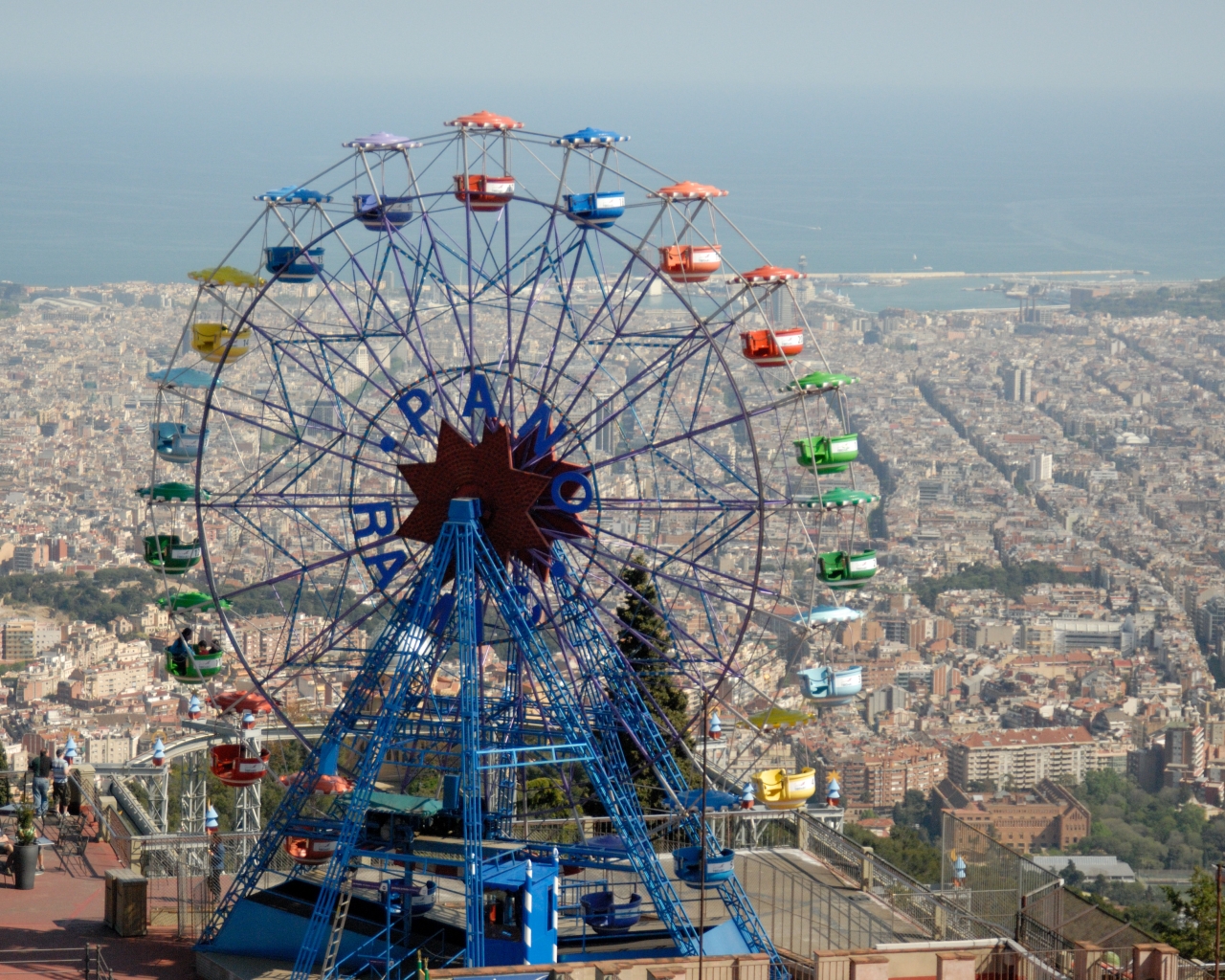 Church
Temple de Sagrat Cor means Church of the Sacred Heart of Jesus, and it was build in 1902.The construction took over 60 years to complete and in 1961 the church was finished. The building is the work of the Spanish Catalan architect Enric Sagnier and was completed by his son Josep Maria Sagnier i Vidal.The top is a sculpture of the Sacred Heart by Josep Miret Llopart.

The complex consists of a crypt and church with a central sole with a dome on eight columns. The whole style is based on a Romanesque line.
The building is square, from which arise three apses, and presents a large central tower and four low, defining the four corners of the square, in which were placed statues of the Twelve Apostles, of Josep Miret. The main facade has three bodies, the central wider, chaired by the figure of the Archangel Michael in the arch of the main entrance, and John Bosco in the above pediment. Above the left door is the statue of Teresa of Ávila and on the right, Marguerite Marie Alacoque. 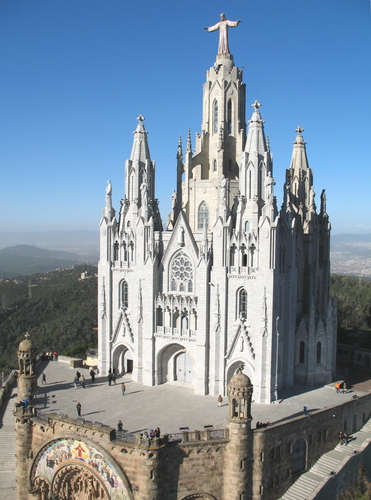 Transport
Tibidabo can be reached by a funicular railway, by bus, and by car. The railway, built in 1901, was the first of its kind in Spain.

- Train: Brown Line, L7(not a metro but a train, follow Renfe). Get out at Avenida Tibidabo. 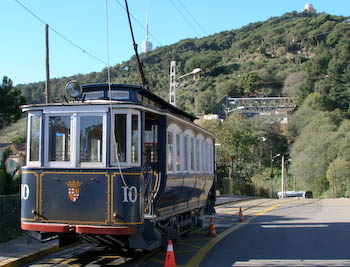 Posted in WHERE TO GO
← Previous Next →