You are here: Home / Hospital Sant Pau in Barcelona

Hospital de la Sante Creu i Sant Pau was a hospital until June 2009. The complex was built between 1901 and 1930 by the architect Lluís Domènech i Montaner.

History
The Paris banker Pau Gil was an original Catalan and after his dead he left a large sum money in his will for the construction of a hospital in his original city, to be named in honour of his patron saint.
Constructions began in 1901, and in 1911 there were already 8 blocks of the complex in use. In 1913 brought Lluís his son Pere Doménech i Roura to the project. Father and son worked together on the hospital until Lluís Domènech i Montaner´s death in 1923, he was 73 years old. The construction continued until 1930 led by his son, Pere Doménech i Roura. The hospital is the largest complex in Modernist style. The architect planned to create 48 individual buildings in a square. Outside the hospital is the church, which is also part of the hospital complex. Its floral decoration and use of sculptures by the best artists of the period emphasize in a remarkable way the structure of the buildings. 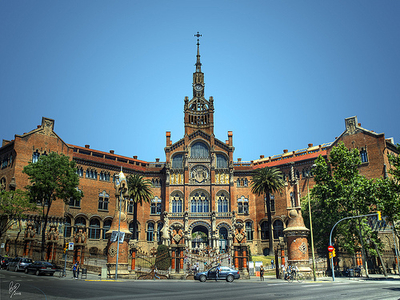 For Doménech i Montaner it was essential to be able to give sick people a feeling of well-being and beauty,according to him beauty has therapeutic value. After almost a century of existence and uninterrupted public use, the Hospital de Sant Pau has international respect from both the medical, architectural and artistic points of view.

The Hospital de Sant Pau is equally dared in its design and decoration, while at the same time the building was perfectly suited to the needs of the sick.

It was a fully functioning hospital until June 2009, it is currently undergoing restoration to build a museum and cultural center. There are still tours of the hospital being given several times a day. 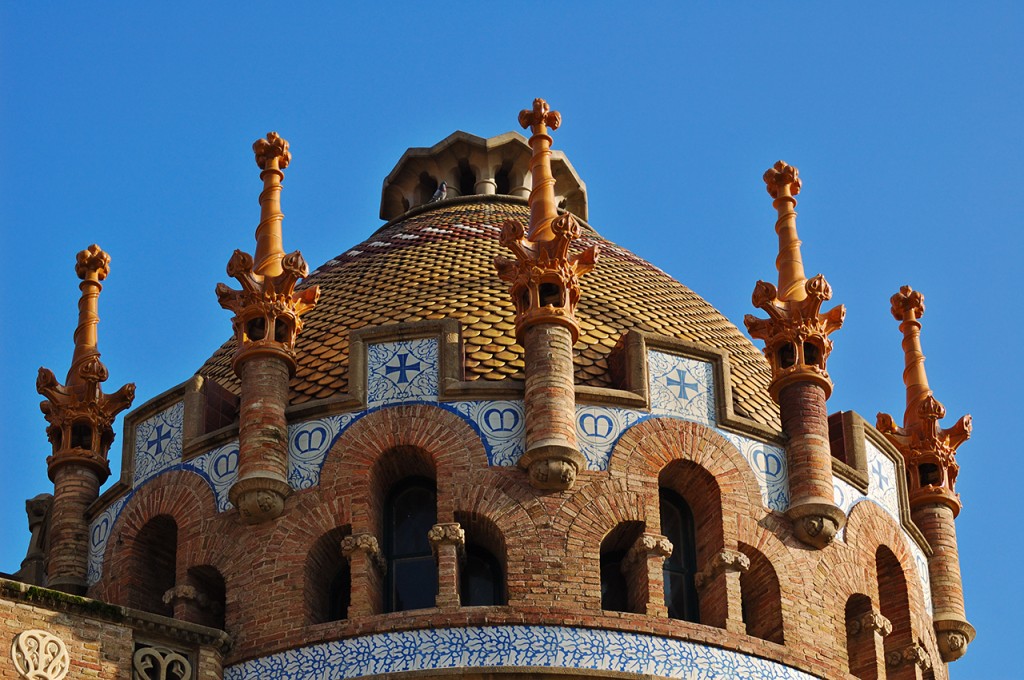